Tonight we put the finishing touches on Yahoo Messenger 7.5, launching the final client and updating the Messenger websites for 16 countries at once! These days, “beta” launches get all the attention and when you eventually ship the final version, there isn’t much fanfare. Regardless, for the team that worked on a seemingly endless stream of details to work out, this was a big accomplishment.

My kids often ask me what I mean when I say “we’re doing a launch tonight”. I think they have visions of a mission to Mars, but the world of software development isn’t always that glamorous I guess. On the bright side, when I explained it meant they could call regular phones from Messenger, they said “Cool!”, so I’ve got that going for me. 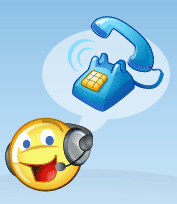