No, it’s not “red state” vs “blue state”. It’s the NFL’s allocation of regional game broadcasts on the two main broadcast networks (Fox and CBS). The site NFL TV Distribution Maps has the (unofficial) word on which games are shown where each weekend. The maps won’t tell you why your city gets a game you don’t care about, but at least you can see what a hodgepodge it is. 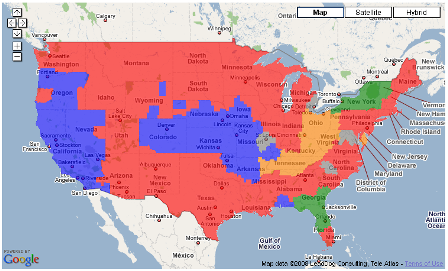 (Via The Map Room)