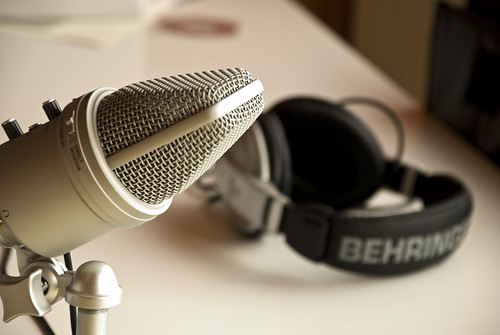 Every so often I like to publish my current podcast subscriptions (last update from late 2013: Top 7 Technical Podcasts). Since joining DataStax a year ago my commute time is significantly shorter, so I’ve slimmed down my playlist as well.

One of my favorites. Scott Hanselman is a great interviewer and runs through a broad variety of guests.

One of my other favories. Ben Orenstein from Thoughtbot hosts. Plus, the title is cool.

I’ve been listening to these guys for over 10 years now, and they’ve recently hit episode 1132. That’s a lot of podcasts! In March 2014 they merged in The Tablet Show (which had 130 episodes on its own). These days it’s not only about .Net, but covers a lot of different technologies and platforms. The Geek Out espisodes are especially good, if you’re in to that sort of thing.

I kind of dropped out of this one for a while, but recently have been catching most episodes. They cover a nice cross-section of different open-source projects.

Startups For the Rest of Us [rss]

Rob Walling and Mike Tabor covering all aspects of bootstrapping and running your own SaaS business. It makes me wish I was actually doing that, but in the meantime I enjoy hearing about it.

From Rob Walling (of Startups for the Rest of Us) and his wife. I’ve only recently starting listening, but it seems promising.

I really enjoyed the interview style and variety of guests on this show by Justin Jackson. It’s no longer regularly produced (last episode was December 2014), but I’m still subscribed to scoop up any new ones.

It’s not published very often, but still worth hearing the latest ideas from Patrick McKenzie and his experiences running SaaS businesses.

I’m still using and can highly recommend the Downcast iPhone app. It has a handy export feature for your podcast subscription list in OPML format. I have a simple Python script (podcast.py) which converts it to Markdown text, then I just added my review comments to create this point.