As part of my ongoing effort to clean up all my old computer hardware, I finally organized all my video games for donation, and used a cheap barcode scanner to take inventory.

We’re keeping GameCube and Wii, but donating XBox, XBox 360, PS/2 and PC games. This seemed like a good time to try barcode scanning to make a full list. On Amazon I bought a cheap wired USB barcode scanner (affiliate link, currently $14) and then created some Python scripts to find the game title from the barcode value. The scripts dump these into a CSV file for importing into Excel or Google Sheets. 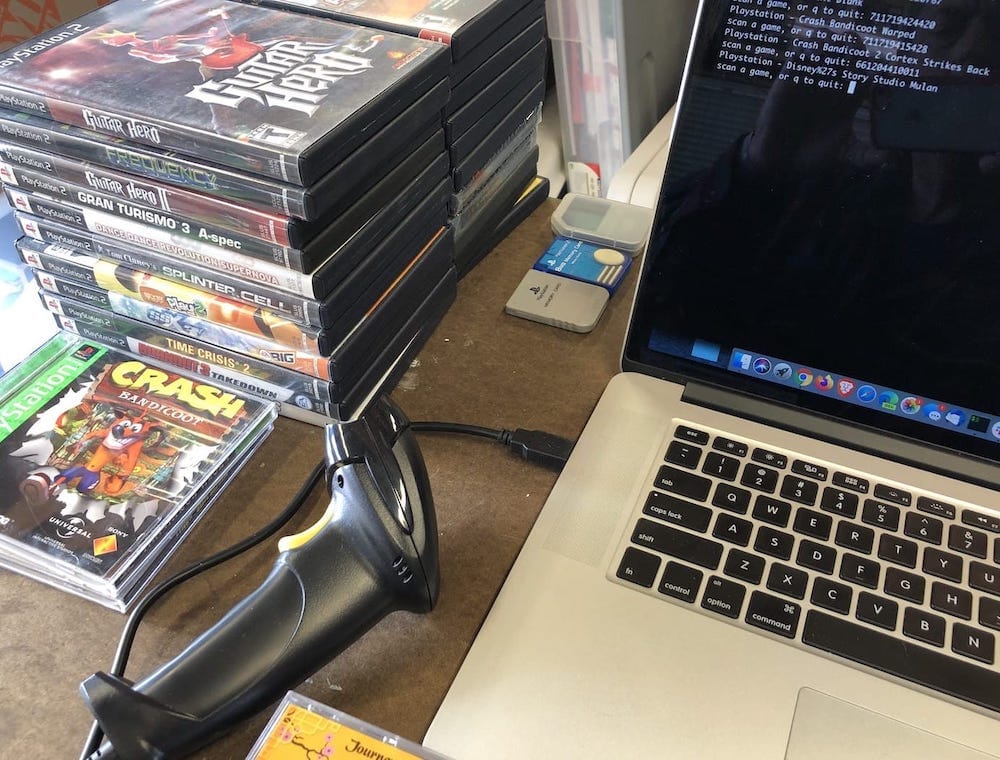 Here’s what the result looks like in action, in a short Loom video:

The code ended up being pretty straightforward but I ended up using two different how to order viagra online sources to convert barcode numbers into game titles. (UPC barcode APIs is kind of a messy world which I didn’t quite understand, especially for cheap/free.) I’m using Price Charting for all the console games and upcitemdb.com just for the PC games. The interface for reading barcode numbers from the scanner is really simple: whenever you scan something, it’s equivalent to the keyboard typing in: <barcode number> [Enter], so the code just treats it as any normal input.

In the end I’ve got over 90 games (and consoles/controllers) for donation. The plan is to bring them up to The MADE the next time I’m heading that way!