I recently pass my first ever technical certification and now I’m officially an AWS Certified Cloud Practitioner! Read on for more details and my thoughts on whether this was worthwhile. 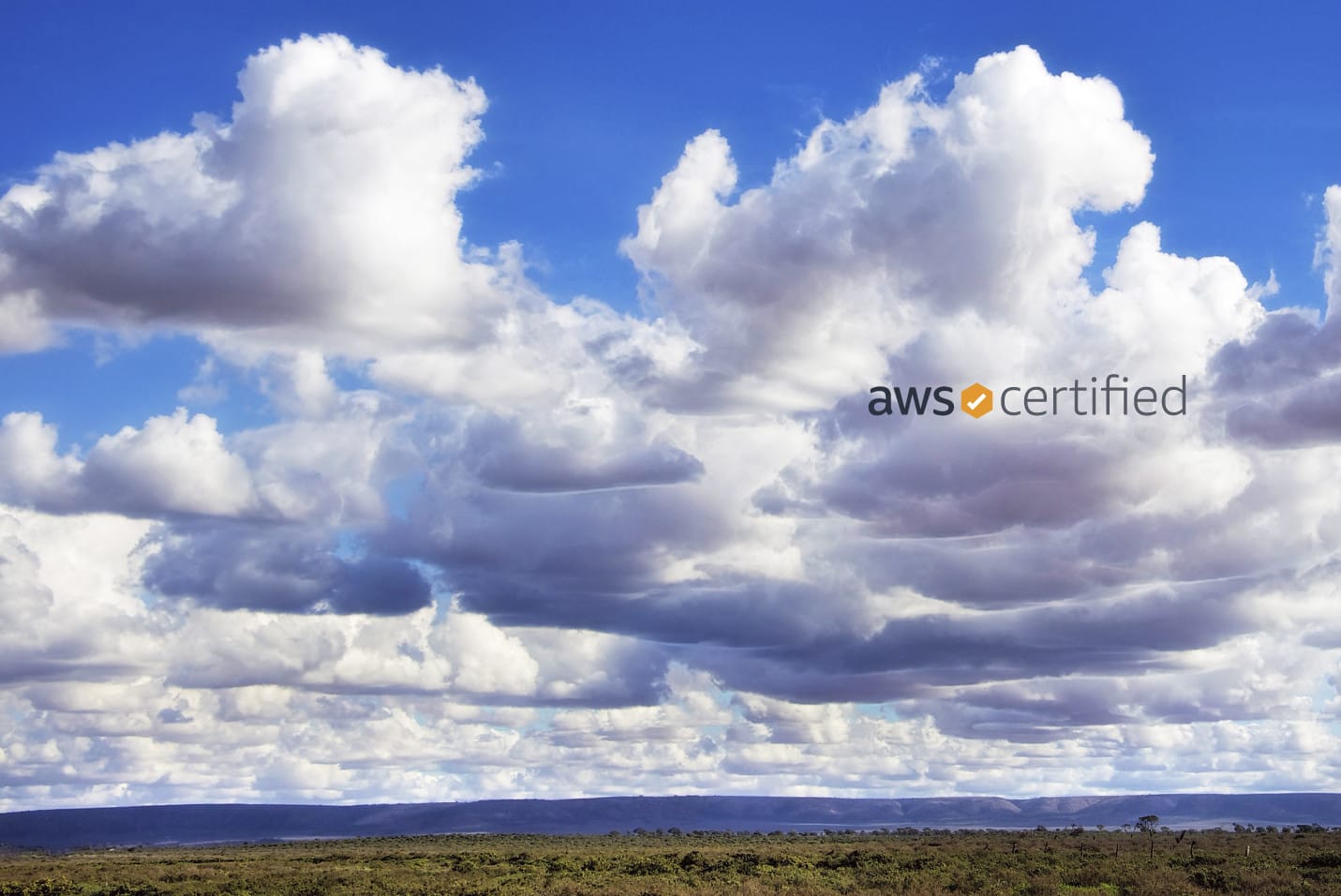 First some context: I’ve been using Amazon Web Services for quite a while (checking my Amazon billing statements, it’s been over 9 years). Over time I set up image hosting for this blog using S3 and CloudFront, and played with EC2 a bit.

At DataStax over the last 5 years I really learned EC2 more in depth, using it to build out and run multi-node Apache Cassandra clusters. I was also able to use Google Cloud Platform and to a lesser extent Microsoft Azure.

So, I would consider myself a “cloud user” but certainly not an expert. My current goal is to ramp up that knowledge, not necessarily to reach any sort of expert level but to have familiarity with the various services and some good practical experience using the most common ones.

Amazon has several levels and topic areas for their AWS cloud certifications: 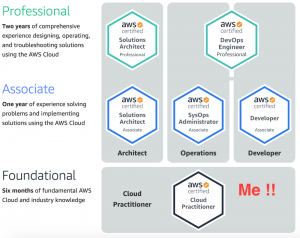 To prepare for the test I followed everything recommended on AWS Certification Prep for the Cloud Practitioner level, in particular:

As I watched the Essentials video series, for several of the services I’d spend some time trying it on my own. This definitely helped absorb everything compared to just watching the videos.

Next I bought and followed the AWS Certified Cloud Practitioner Practice Tests on Udemy. This set of 6 tests are listed at $75 but are often on sale for a deep discount. I went through all these tests and then would research all my wrong answers to try and fill in the missing pieces. These practice tests are pretty similar to the final certification test but are actually harder because there are more “trick” questions which the official test doesn’t have. I’d consider these practice tests worth trying.

Finally, with Pearson Vue I took a practice exam ($30) (which went smoothly) and then the real certification exam ($100). The Pearson Vue option is good because you can take the test from home rather than going to a testing center (apparently this is a relatively new option). They have some funky steps like viewing your workspace from your webcam to make sure it’s 100% clear of papers and so on.

For me I would say yes it was worthwhile.

The cloud practitioner step is really entry level and by itself I don’t think would count for much. However, the process I went through was worthwhile for me to better understand many of the services available in AWS. The goal of passing the test is a great forcing function for learning.

In summary, practitioner level is a good survey of everything in AWS, but how much you learn will depend on how much you’ve used it (more coming on that idea soon).

Next I’m going to work through a few side projects I’ve had in mind for a while, using AWS cloud services where it makes sense. After that I’d like to explore GCP in more detail, and then consider whether to go after any more certifications.